In honor of St. Patrick’s Day and the “wearin’ of the green,” we thought it would be fun and fitting to share some interesting facts about green…eyes!

Green is the rarest eye color. If your sparklers are truly green, you are something of a unicorn… only about 2% of the world’s population sport this hue.

Green-eyed people can be found all around the globe. There is a Chinese village, Liqian, where a high percentage of the population sports green eyes and lighter hair.

There isn’t any actual green pigment in a green eye. Melanin, a natural pigment that helps determine our skin, hair, and eye color, is found in all eyes. Brown eyes have quite a lot and blue eyes have relatively little. Green eyes are also low on melanin, but in addition they contain lipochrome, a yellowish, fat-soluble pigment. Lipochrome is also found in things like butter, eggs, and corn. So a little melanin, some lipochrome, and a cool light dispersing scattering called the Tyndall Effect combine to produce those rare green eyes!

At least 16 genes contribute to eye color. You might have been taught in biology class that two brown-eyed parents can have only brown-eyed children, but it’s more complicated than that.

Green eyes are popular in cultural references. Here are some famous characters with green eyes:

·         Scarlet O’Hara—feisty protagonist in Gone with the Wind

·         Mary Jane Watson, Catwoman, Batgirl—green eyes are popular in the world of comics

In a large survey performed by All About Vision, green was voted the most attractive eye color, with over 20% of the 66,000 respondents choosing this hue.

More women than men have green eyes. Scientists aren’t sure why this is, but it suggests there is an underlying gender-related factor that causes this difference. 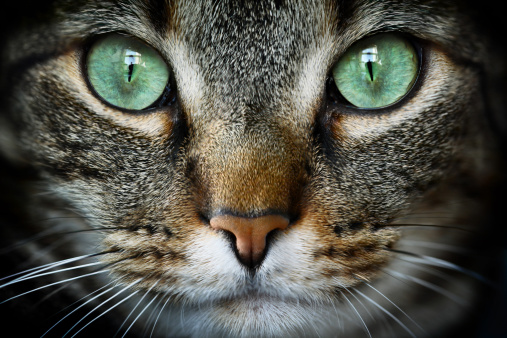 People with green eyes are more likely to have certain health issues. Green eyes are more prone to melanoma of the uvea, a type of eye cancer, than are dark eyes. The same is true for macular degeneration. If you have green eyes, protect those beautiful peepers with a quality pair of sunglasses to lower your chances for these diseases!

Why Taking the Time to Re...
So you spent the time with EyeMotion, creating an attractive, informative website. Your optometric website is the best—the pictures are striking, the office info is all there, the links to your form...
Read more
9 Fascinating Facts About...
In honor of St. Patrick’s Day and the “wearin’ of the green,” we thought it would be fun and fitting to share some interesting facts about green…eyes! #1 Green is the rarest eye color. If...
Read more
EyeMotion Multimedia © 2022 Privacy Policy